Electrifying Opportunites in the Logistics Business 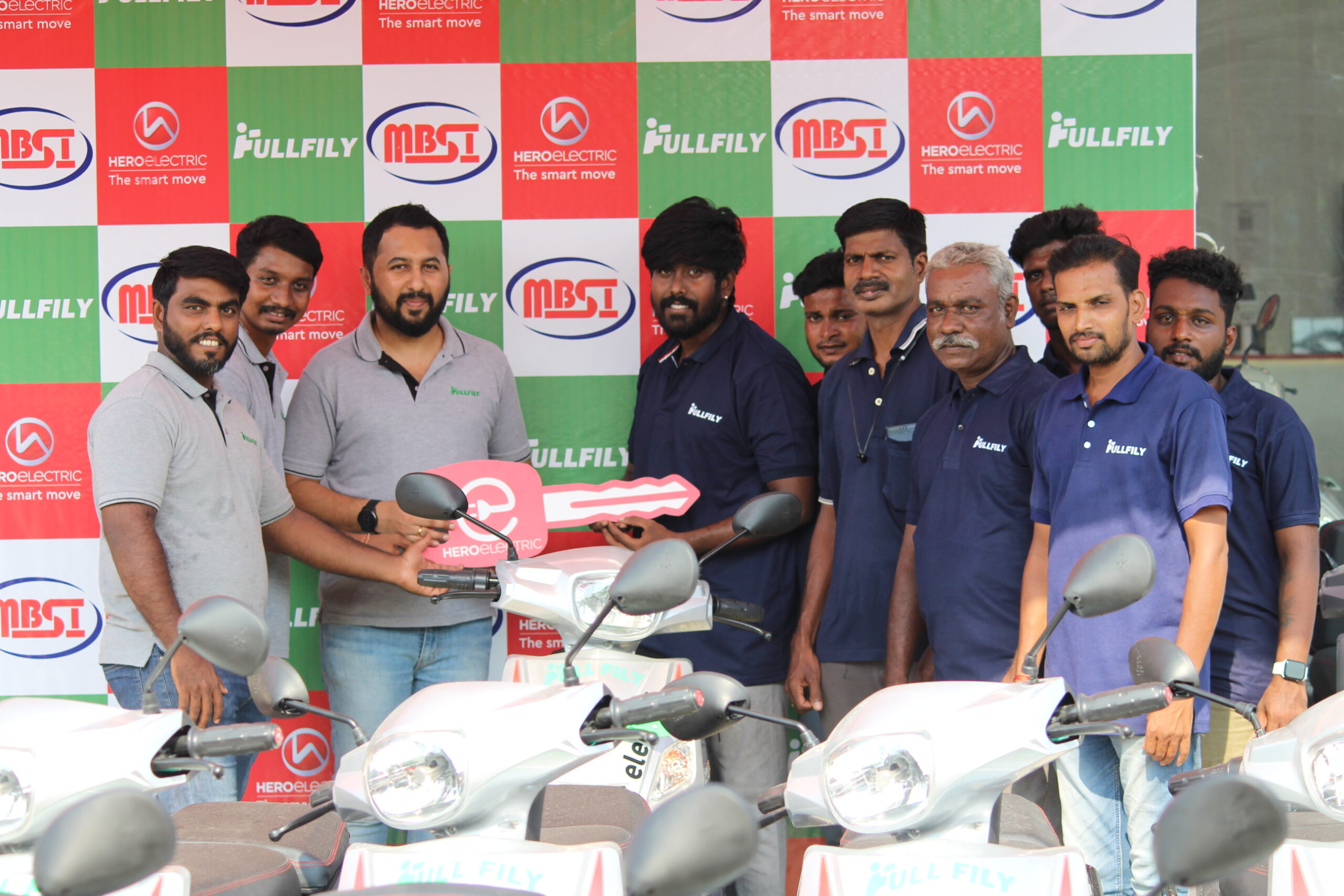 “People always advise you against doing business with friends, but I don’t agree,” chuckles Ashok Viswanath, CEO and co-founder of Fullfily—a Chennai-based tech company building a comprehensive EV-as-a-service platform. Ashok recollects a late-night light-humoured discussion while at a weekend getaway centered around the concept of fulfilment. That night, the four friends of ten years—Ashok, Balaji Praveen Kumar, Ranjith and Premkumar Kasinathan—realised that destiny was to create an impact in the world together.

Circa 2017, Ashok spent the waning hours of his nine-to-five procuring fresh produce from the farmers and cooperatives to townships, apartments, hotels and resorts. “It was more of a hobbyist project of sorts rather than an actual start-up,” he clarifies. However, the project came to a screeching halt immediately from the overwhelming logistical issues. “Either the delivery partner refused to work at such a small scale, or the transportation costs were through the roof,” he exclaims.

Coincidentally, Ashok’s friends were in the logistics industry. They were unanimous in their thoughts about democratising the situation. In late August 2021, the four friends became co-founders. They recalled their late-night conversation about fulfilment. Fullfily was born as conversations grew around fulfilling the logistical needs of SMBs and MSMEs.

“The process was straightforward. We picked a place for an office. Then completed registrations and incorporated the company—all within three weeks,” the founder says. By January 2022, the company had an identity and two customers in the pipeline. The next task at hand was to onboard drivers.

“The kind of conversations I was having as an employee at Freshworks were very different from the ones I had to have as a founder at Fullfily,” Ashok recalls. He describes how one of the first noticeable transformations was the need to adapt to different communication styles to develop a connection with the various stakeholders.

Fullfily started with fifteen drivers and has managed to onboard around seven hundred by the end of October. “We are working towards a twenty percent increase in fleet and drivers every month,” the founder adds.

WayCool Foods, Licious and Big Basket are some notable clients who helped kickstart operations. Delivery services tend to create a large carbon footprint. The founders knew that the opportunity had to be solved responsibly. Implementing EV-as-a-service was the obvious answer, as it would reduce costs and emissions.

The EV industry was still nascent, and the infrastructure was almost non-existent, but the opportunities for the startup only grew from there. Fullfily partnered with EV leasing partners like MBSI (a subsidiary of Yamaha), OTO capital and Log9 Materials. An entirely electric fleet—consisting of two-wheelers and auto-rickshaws—was ready. “We will be expanding to four-wheelers by mid-next year,” Ashok adds.

The team began to build captive infrastructure to support delivery services for the small B2B and B2C enterprises—especially mom-and-pop shops and neighbourhood Kirana stores that faced the brunt of the rapid emergence of e-commerce and dark stores after the pandemic. “Our tech product is nearly ready for the wider market,” he reveals. He states that it is in its late testing stages.

Although Ashok grew up in Singapore, he speaks optimistically about the opportunities in India—especially in the tier-2 and tier-3 cities where he anticipates opportunities to support SMBs and MSMEs through on-time logistics and high-tech infrastructure. Fullfily is expanding operations beyond the Greater Chennai Area to Trichy, Pondicherry, Madurai and Coimbatore. The goal for the next five years is for the company to deploy its services to two hundred towns across India.

“Gig workers can easily buy an e-bike for themselves. However, they don’t have the right infrastructure to charge or park their vehicle,” the entrepreneur points out, “There are several gaps like these that we want to fill.” In the upcoming years, Fullfily plans to build a full-stack product that includes servicing solutions and introduces subscription-based logistics (a concept previously unheard of in the B2B segment).

Recently, the company has on-boarded Chennai-based VCs and is about to close its seed funding round in a couple of weeks. “An HQ in Bangalore would have accelerated the process 1.5x, but the kind of connections we built in Chennai and the slower pace allowed us to onboard VCs who believe in our cause.”

The founders envision a sustainable enterprise. One where the environment is protected, the gig workers are fairly compensated, and small businesses have an affordable support system. As a result, their decade-long friendship has opened doors to electrifying opportunities.